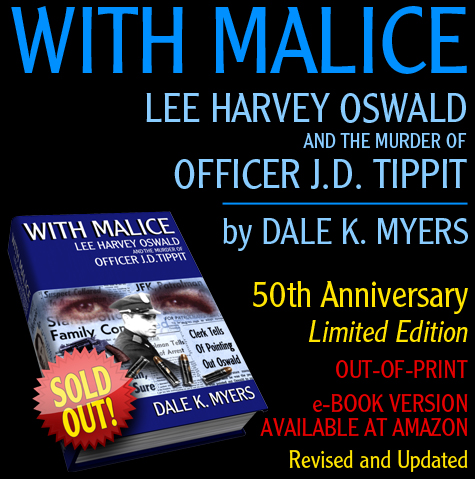 This revised and updated edition of the critically acclaimed 1998 classic had been available since its release on September 1, 2013, and included 140 pages of new text, new rare photographs, an expanded appendix, a new comprehensive index, and much more.

With the generous cooperation of the extended Tippit family, the 2013 Second Edition contained a significant update of the J.D. Tippit story - from his boyhood near Clarksville, Texas, to his tragic and untimely death in the Dallas suburb of Oak Cliff.

In-depth interviews with family & friends and rare family photographs provided the foundation for this exclusive, definitive, true portrait of the forgotten hero of the JFK assassination. Learn more...

A limited number of printed copies are still available from Amazon.com; as well as an e-book version of the 50th anniversary edition from Open Road Media (also distributed at Amazon.com).